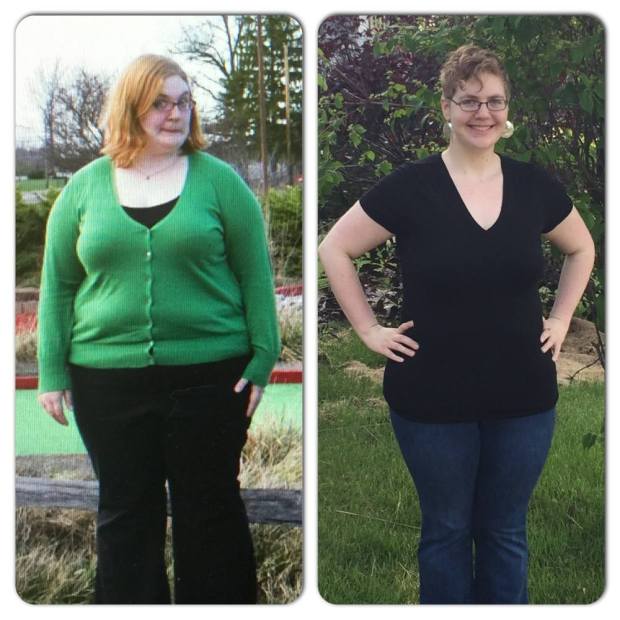 Growing up, I was fat shamed. I routinely heard such sayings as “Okay, it’s YOUR body” (when I asked for a sugary snack), “How will you get a boyfriend when you eat like a pig?” “I’m going to put a voice recorder in your pocket on your first date to see if you burp; that’s disgusting,” and other such exciting phrases. We were made to eat our vegetables. Once, we were denied a promised trip to the movies because we ate popsicles before we finished bringing the groceries in. Food was a punishment and a reward when I was a child. It was used to control and to keep me in my place. My relationship with food was very much equated with my potential for relationships with men and how men would see me.

I was not bullied in school for my weight but I had very low self-esteem. I had learned that fat people don’t deserve love.

Fast forward to age 18 when I met my first real boyfriend. First kiss, first love, first everything. Including first husband. Despite my mother trying to tell me that there were some red flags I should pay attention to, I was hell bent on marrying the guy because I thought it was all a big mistake, a fluke, because I was fat and there was no way that someone would actually want to be with me. So we got married on June 26, 2009.

Three months later, I realized I had made a mistake. He’s not a bad person, we were just a bad match and I was nowhere near ready to be married. I didn’t know how to communicate because I had never seen a model of a healthy relationship to follow (no offense meant to my parents, but I never saw them fight… just suddenly they divorced). After 2.5 years of marriage I moved out in January 2012, armed with some newly grown self-confidence and the knowledge that I didn’t have to settle for a life that made me so unhappy.

In December 2011, I weighed 300 pounds, my highest weight in recorded history. What a reality check – I had lost all control. I needed to take it back.

Once I moved out and we got divorced, I began the work of “Finding Myself.” This included a new job, a new apartment, discovering Dave Ramsey and paying off my car, and paying all my own bills like a grown ass adult. Minimalism ensued because one of the easiest ways to make a radical change in your life is to get rid of everything you own.

Then a woman messaged me on Facebook and we began a friendship. She saw me post a question about vegan diets in a health group. And she was a Beachbody coach.

That patient, patient woman talked with me on and off for eight months before I decided to sign up and try this workout and Shakeology stuff she was telling me about. I signed up as a coach because I can’t resist a good discount. And it was great! I loved it.

For some reason, on Thanksgiving day 2013, I quit working out. Shortly thereafter I canceled my account to save money.

Patiently again, my coach kept supporting me, finally letting me know about a new program called PiYo. I wondered, “What if I actually stuck with it this time?” and I signed up as a coach again.

Guess what day the box arrived in the mail? It was June 26, 2014. An ordinary day of the year to anyone else, but to me it was a reminder of a life shed and left behind. It would have been my fifth wedding anniversary.

I tore that box open, popped in the DVD, and TOOK IT BACK.

That date is now mine. It is my anniversary to myself. It is a reminder that I am enough, I am beautiful, I am confident, and I am capable of doing anything I can dream. It is a reminder that “what if” is an amazing thing. June 26 represents everything good in the world to me, because it’s the day I took my life back for good.

The key, for me, has been practicing self-love and working on myself emotionally as well as physically. How can I expect to treat my body right if deep down I believe it’s not good enough for me, that it’s ugly or useless or horrible? You cannot make lasting changes due to hating your body; you make lasting changes when you love your body. Learning to love myself (body, mind, and spirit) has been huge for me.

It has been a year since I took it all back and I am happy to report that I did not give up in the middle of my workout. I completed PiYo. I completed 21 Day Fix and 21 Day Fix Extreme. I completed Combat and Pump. I am halfway through a 20 week TurboFire schedule.

Beachbody is how I took control of my life. Now I’m actively coaching and helping others take control of theirs.

THE STATS:
All time top weight: 300 lbs, December 2011
No measurements available from this time. I wish!!

9 thoughts on “Taking Back My Life”